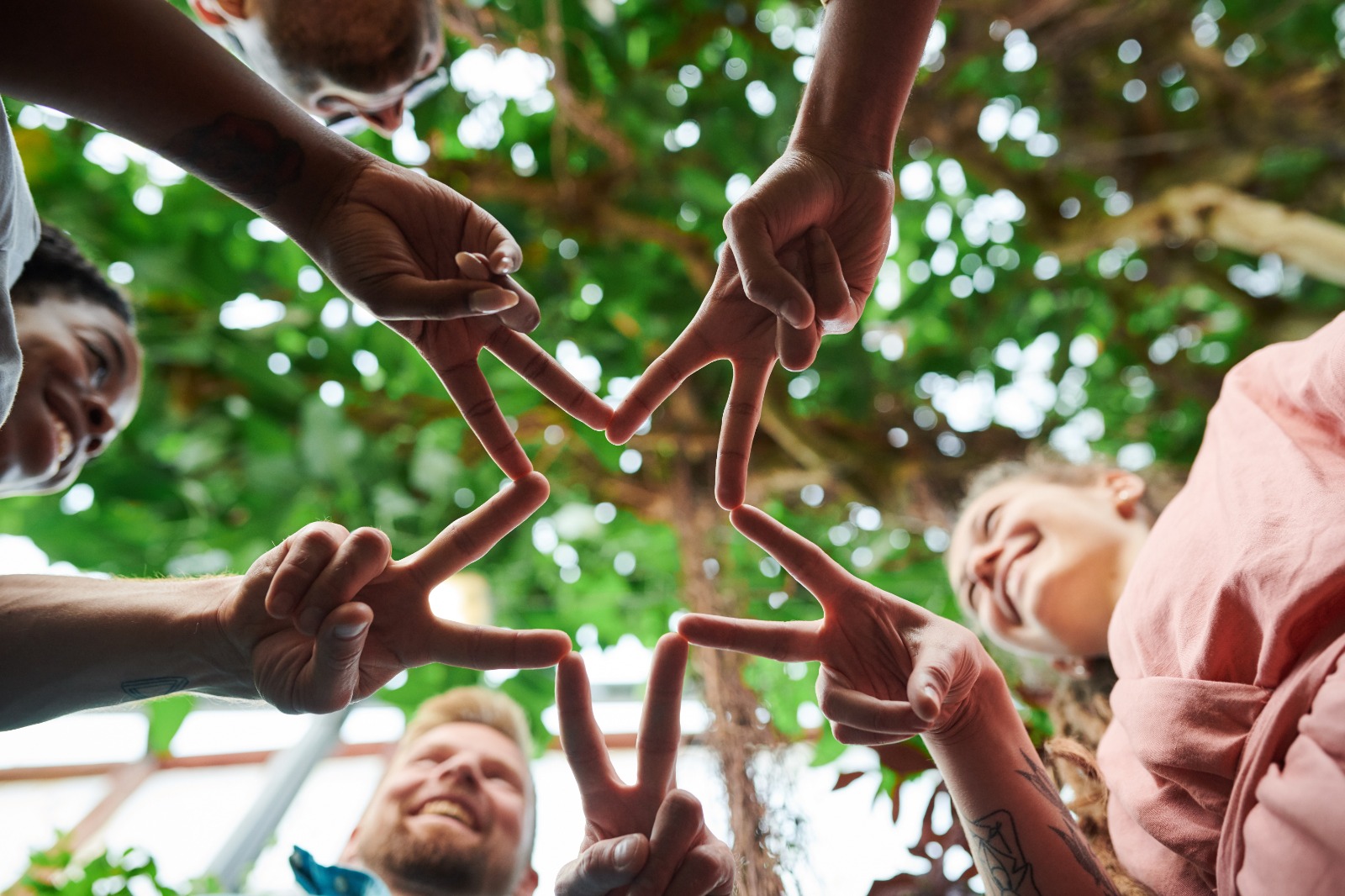 dlmg.ro is the first online Sign Language Dictionary in Romania, created at the initiative of Ioana Mureșan, as part of her dissertation paper within the Speech Therapy and Educational Audiology Master Program. 1200 signs were filmed in collaboration with the team of experts within the National Association of Accredited Sign Language Interpreters (ANIALMG) among whom we mention Gelu Bogdan, Rodica Bogdan and Monica Șomlea. The audio files were recorded at the Romanian National Television – Cluj Regional Station and the website was created by web designer Valentin Petruș who also edited the video and audio content of the website.

The ANIALMG team was granted the project ”Access to Information for Deaf People” funded by Orange Foundation, where the beneficiaries are hearing impaired people, especially hearing impaired pupils who want to improve their language skills and enrich their Romanian vocabulary by means of sign language in order to have access to more knowledge. Thus, one of the project`s objectives was to add approximately 2000 new signs to the dictionary, which was implemented by Deaf sign language specialists, native users of Romanian Sign Language. www.dlmg.ro also has a mobile version, the 3300 signs being accessible for all those who are interested in Romanian Sign Language. 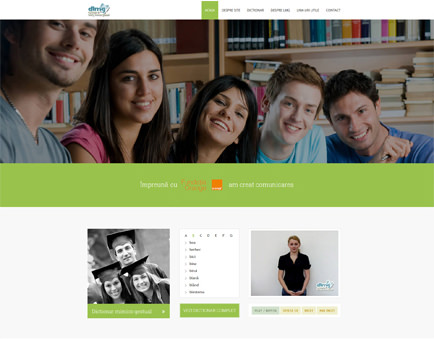 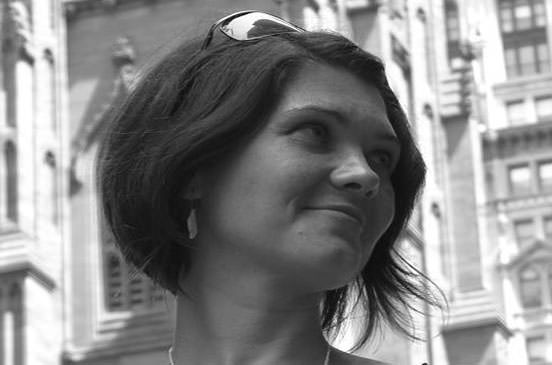 Graduate of the Psychology and Education Science Faculty in Cluj-Napoca, Ioana focused on hearing impaired persons, growing a passion for sign language. Her passion and dedication made it possible for her to bring a great contribution in 2011 to the launch of this dictionary as part of her dissertation paper within the Speech Therapy and Educational Audiology Master Program. Moreover, her passion soon turned into a profession, as she became a Romanian Sign Language interpreter. Ioana was the first sign language interpreter for the Cluj National Television Station (TVR Cluj) by means of collaboration between ANIALMG and TVR Cluj; a collaboration that she also ambitiously started in 2011 and that still lasts nowadays. 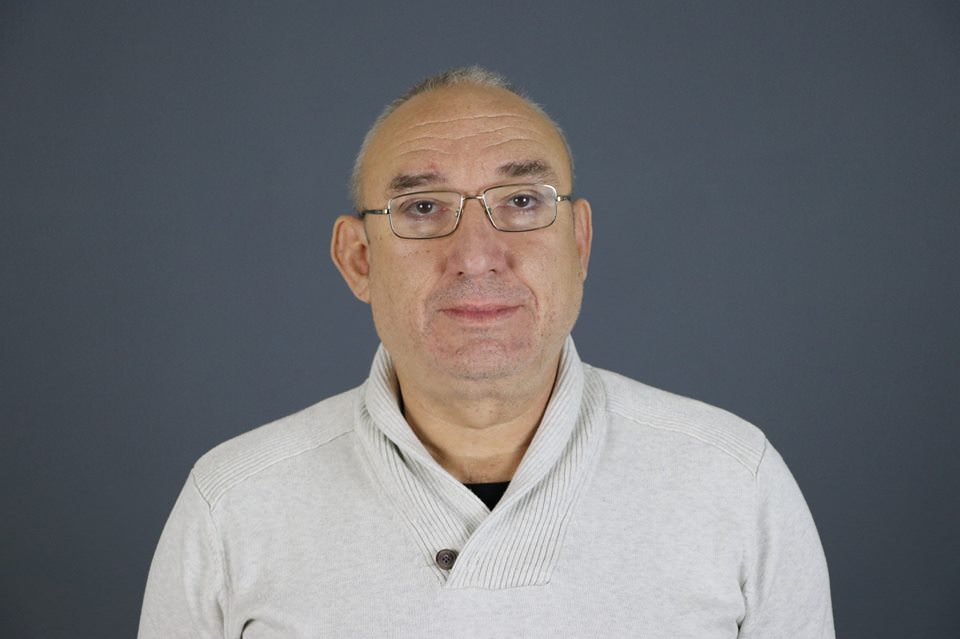 Being a dental technician as main profession and, later, graduate of the Psychology and Education Science Faculty in Cluj-Napoca, Gelu is the initiator, founder and president of ANIALMG. Having the Romanian Sign Language as his mother tongue, he always belonged to the Deaf community and Deaf culture, initiating and taking part in various activities and projects that have this community as main beneficiary. As a certified trainer, Gelu teaches sign language within the courses held by ANIALMG. In the light of his entire activity, of the support he showed towards the Deaf community as well as of his personal achievements despite his disability, Gelu is perceived as a role model by many members of the Romanian Deaf community. 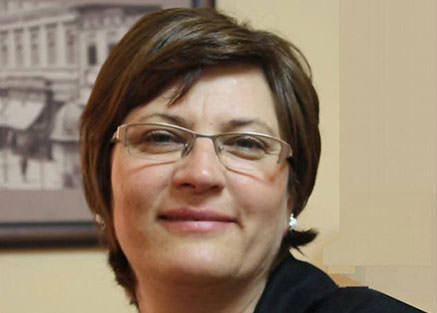 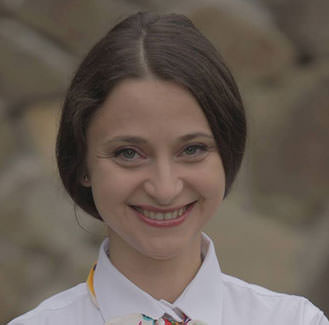 For Rodica, Romanian Sign Language is a second mother-tongue since her childhood, when she became hearing impaired. Together with Gelu, her husband, Rodica constantly fought for the rights of Deaf people, contributing to numerous projects and activities through which access to sign language interpretation was facilitated. Together they also founded Bogdan Humanitarian Foundation through which the first Romanian Sign Language Dictionary was published in Romania in 2003. Rodica doesn`t only teach the sign language interpretation courses within the ANIALMG but also sign language communication courses for the students of Psychopedagogy department and for those of the Cluj-Napoca Medical School 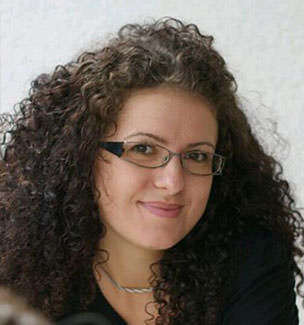 Authorized trainer and sign language interpreter, Violeta graduated the Economy Science and Business Management Faculty Cluj-Napoca in 2010, bringing a fresh view in the management of the projects run by ANIALMG. That fact that she was born hearing impaired and grew up in both the hearing and the Deaf world prompted her to be even more involved in creating a bridge between the two languages, developing the sign language interpretation domain through the documentation she made within the projects that she initiates and manages. 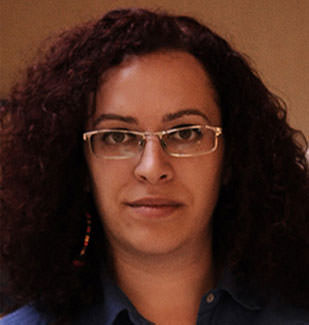 The creative mind of the ANIALMG team, Cristina is user of Romanian Sign Language as well as a graduate of the Arts and Design University in Cluj-Napoca. She contributed to the implementation of several projects of the association that sought to bring the deaf and the hearing cultures closer through the arts. Her experience as an Erasmus student as well as the experience gathered during some international projects, helped her come in contact with Deaf people from many different countries as well as with their sign languages and cultures, thus enriching her knowledge and skills that she uses as a trainer and a sign language interpreter. 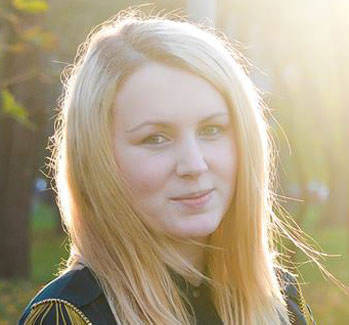 Being trained as an IT technician, Monica is also a native user of the Romanian Sign Language, having a wide experience in communicating with Deaf people and also being trained as a sign language interpreter. Along the years she has been one of the main models in the ANIALMG team for the video recordings with sings and sign language in different projects. Her passion for photography and for discovering new places and cultures helped Monica come in contact with sign languages and Deaf cultures all over the world and thus get a broader perspective and more knowledge of sign language.